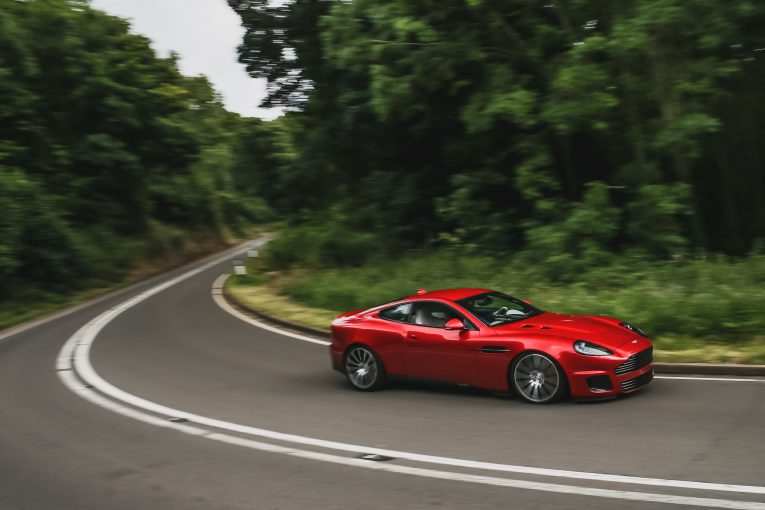 The V12 Vanquish marked the end of an era for Aston Martin. It was the last new model to roll out of the historic Newport Pagnell factory in 2007 – a fitting finale to 52 years of production that had given us the DB5, the V8 Vantage and the oddball Aston Martin Lagonda. With production moved to a shiny new facility at Gaydon, an ambitious new model line-up and a fresh injection of capital from the firm’s new private owners, times were changing. Of course, the world has moved on since then. And that begs the question of why anyone would want to spend the thick end of half a million quid on a ‘new’ V12 Vanquish when its modern 715bhp equivalent can be had for half as much?

In case you’re not familiar with the Aston Martin Callum Vanquish 25, let’s recap. This is an original 2001-2007 era V12 Vanquish that’s been comprehensively re-engineered by Warwickshire-based R-Reforged. The team behind it is led by legendary designer Ian Callum, who penned the original Vanquish, along with former Aston Martin vehicle engineering manager Adam Donfrancesco, whose past work includes the Vantage GT8 and GT12. A further 30 or so engineers have been involved in the project – many of whom are also ex-Jaguar or Aston Martin – and it has taken them two years to complete. This, then, isn’t your typical restomod. Perhaps the craziest example of the attention to detail that’s gone into it is the new rear light cluster design. Unhappy with the originals, Callum decided to build his own, which sounds straightforward enough until you discover that developing them to satisfy all the various international safety regulations cost £450,000 alone.

Back when Ford-era Aston Martin developed the original car there wasn’t always the budget to do things like that. The switchgear of the original Vanquish, for instance, was a veritable i-Spy of the Jaguar parts bin, while the rear window surround (now an exquisite one-piece carbon fibre item on the Callum car) was, in fact, two XJ rubbers cut down and butted together. The overall effect was – and remains – rather wonderful, but it’s those detail compromises that Callum has sought to iron out with this updated version. Everywhere you look, the design has been subtly sharpened, from the new carbon fibre front and rear bumpers to hand cut bonnet vents. The fundamental silhouette –  complete with those magnificent rear haunches – is little-changed, but the Vanquish now sits lower on larger wheels (styled to the original pattern) and a wider track, giving it a more purposeful stance.

The mechanical changes are equally thorough. New springs, dampers, bushes and anti-roll bars are paired with stiffer uprights taken from an Aston Martin Vantage GT3 racing car. Around 60bhp has been liberated from the 5.9-litre V12 thanks to a new carbon fibre intake, new cams, head work and an all-new exhaust system featuring equal-length primaries. The brakes – something of a weak point when the car was new – are now carbon ceramic items from the DBS Superleggera. And alongside the original ASM automated manual gearbox there’s now the option of a proper six-speed manual, as fitted to the car you see here, or a conventional torque converter automatic. In total, there are more than 350 changes to the styling, the materials and the engineering.

Gleaming in its metallic Roxanne Red paintwork, the Vanquish 25 looks every inch the continent-crushing super GT. This one is the last of three pre-production prototypes that have clocked up more than 20,000 miles of testing on road and track during the course of the car’s development, including a full month spent at Michelin’s Ladoux test facility. Open the door and you’re greeted by an almost overpowering aroma of leather. The cabin smells expensive, and it looks it too. Gone are the parts bin switches and the XK8 door handles. In fact, almost everything is new, including the dashboard, the door cards and the centre console. The original infotainment system gives way to a new Alpine touchscreen unit that includes Android Auto and Apple CarPlay. There’s even a detachable Bremont clock that doubles as a pocket watch.

You sit appreciably lower than before, gazing out across the long bonnet. The seats use the original frames, but they’ve been re-shaped and re-trimmed to provide a better balance between comfort and support. Meanwhile, the steering wheel has been put on a 5-axis CNC machine and re-profiled to give a thinner rim and a slightly smaller diameter. The resulting driving position is pretty much spot on – a huge improvement from the original that made you feel like an adult hunched over a child’s tricycle. Even the starter motor sounds expensive, chattering away for an instant before the big V12 catches with a deliciously authentic bark. No stereo enhancement, no theatrical flare of revs, just a rich, multi-layered mechanical growl.

As we thread our way through the outskirts of Warwick, it takes a little while to get used to the Vanquish. I’m struck by how big it feels – disproportionately so at first, although that’s perhaps exaggerated by being on the left-hand side of the car in this particular example. Visibility past those chunky early-noughties A-pillars isn’t ideal either, and there’s a tad more wind and road noise than you might expect as we pick up the M40.

Soon, however, we get out onto the B-roads around Aston Martin’s current base at Gaydon and things start to change. The first indication of the work that’s gone into the chassis comes with a particularly evil-looking sequence of bumps. I brace myself for an unpleasant noise from the splitter, but instead the Vanquish flows over the corrugated surface with supernatural composure.

The engine too has hidden depths. You can leave it in fifth or sixth and cruise along quite happily on a wave of torque. But lean on it a bit harder and the engine note sharpens, the revs rise with increasing urgency and the big V12 comes alive. At the top end, it’s pure theatre, delivering a sixties sports racer soundtrack that makes just about any modern engine seem thin and one-dimensional. You get plenty of opportunity to use it too. The Vanquish is still a quick car, but it’s not as outrageously fast as a contemporary McLaren or Ferrari, which means you can delve far deeper into the performance envelope. And here – unlike a lot of modern sports cars, which are often saddled by artificially long gearing – you get to experience that glorious engine’s full symphonic range.

Now the manual gearbox starts to make sense. Ironically, despite being an official Aston Martin Works conversion, it’s the one part of the car that feels a little aftermarket, with a heavy action and a rather notchy engagement. But it’s undoubtedly worth it for the added interaction you get with the V12. Blipping your way through the downshifts in this car is a truly special experience.

In fact, the whole thing is rather remarkable. You never quite lose sight of the Vanquish’s physical size, but once you start to work it harder the chassis reveals a fantastic blend of agility and composure. On the sort of tight, twisty B-roads where you’d expect a 1.8-tonne GT to swiftly unravel, it proves to be an absolute riot, with strong turn-in and a benign yet adjustable balance.

The key to the Vanquish 25’s dynamic prowess is the way that everything seems to be perfectly in tune, from the control weights to the suspension stiffness. By optimising every single area of the package it truly has become more than the sum of its parts. The same promises to be true of the ownership experience. Just 25 examples will be produced – hence the name – and the company’s designers will work with each customer to put together their own specification. The price of the conversion starts at £350,000, which equates to around £440,000 once you’ve thrown in a suitable donor car.

So is it worth it? That’s a tricky question to answer. Pretty much any new car that you could spend a comparable amount of money on will be faster or more luxurious. Probably both. But the Vanquish 25 represents a unique proposition – one of the last of the truly analogue grand tourers, re-imagined by its original designer, freed from its parts bin compromises and treated to a series of upgrades that help to realise its full potential. I don’t know about you, but I’m off to buy a lottery ticket. 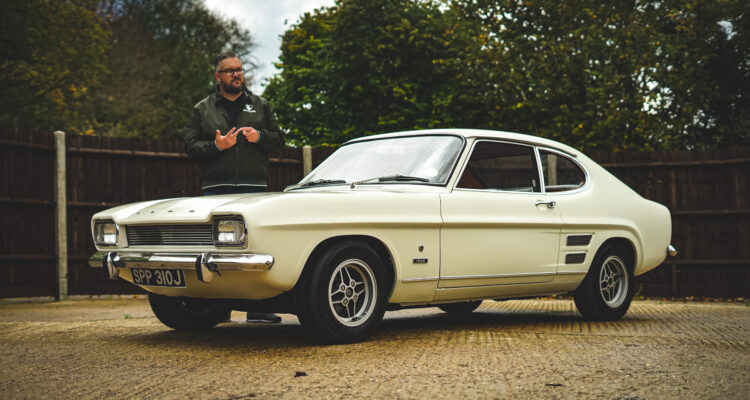 Buy a Ford Capri – Here’s Why

Pssst, word to the wise - you should definitely buy a Ford Capri. And to help you, we've come up with some excellent reasons why.