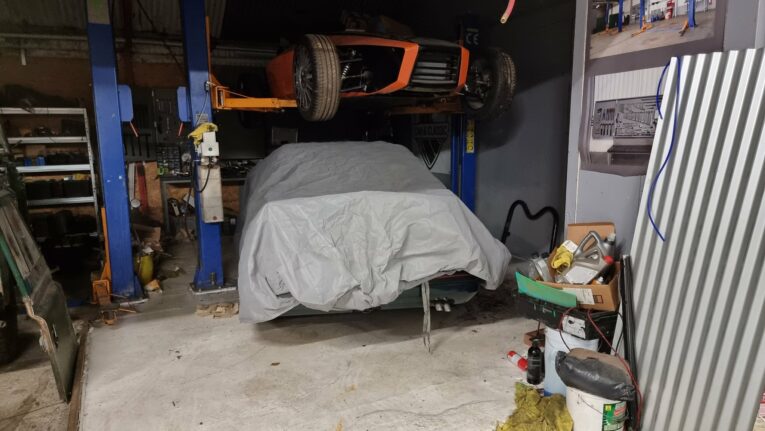 For many of us, the drawing in of night, the steady decline of where the thermometer reaches and the arrival of salt on the roads means one thing – time to store the classic car away. While we are, of course, huge advocates for using classics, there is no escaping the fact that Britain’s relationship with road salt is too great to overcome. And while the salt is good in terms of safety, it’s bad for the underside of your E Type. Plus, bad weather, dark conditions, poor classic car lighting and so on mean it becomes wholly unenjoyable to drive a classic in winter. It’s better to store it away and wait for spring. 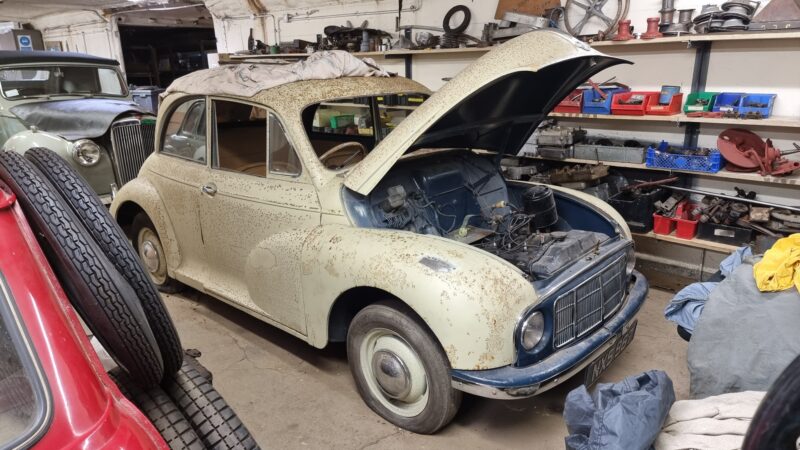 But what does storing a car mean? You can of course just stick it in the garage, close the door, then come back to it in March hoping for the best. We wouldn’t advise it though. There are steps you can take to make sure that when the temperature climbs and the show season looms, your classic is ready to go at the turn of a key. We’ve put together five pointers so you can store your classic with confidence.

It sounds simple, but don’t put your car away with a full, or even half a tank of fuel. Modern fuel is vicious, especially E10, and will ruin older rubber fuel lines if left to sit. E5/Super is better, but it’s still not ideal. Run your classic on E5 first, never let it sit with E10 in it. We’re not, of course saying you need to drain the tank. Apart from E10’s willingness to eat rubber lines, there is also the issue of stagnation. Modern fuels simply don’t last as well as old ones. They go ‘bad’ after time, and while the car will still run. It won’t like it. When the time comes to get the car out of the garage, give it a jerry can of fresh juice to thin out the old fuel in there, then rake it out and fill it up properly. 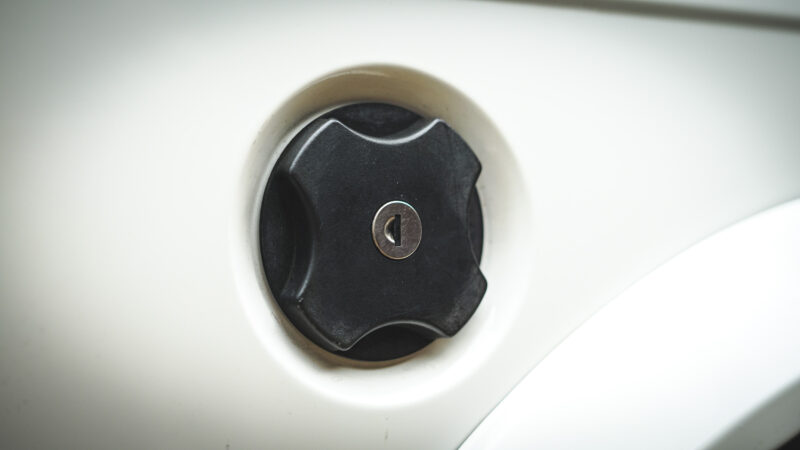 There is nothing worse than finding all the electricity has fallen out of your car. However, the reality is, old cars love spilling their volts. Especially if you plan to store it. There’s an easy way around it though, and that’s with a battery conditioner. You simply clip it to the battery terminals, plug it into the wall, and then leave it. It will do the rest, making sure the volts stay where they should be. This means that the car will always be ready to go, the battery won’t discharge in the cold of winter and end up ruined, and you won’t need to sweep all the spilled volts up. Winner. We have done a review on a really good battery conditioner, which you can find here. 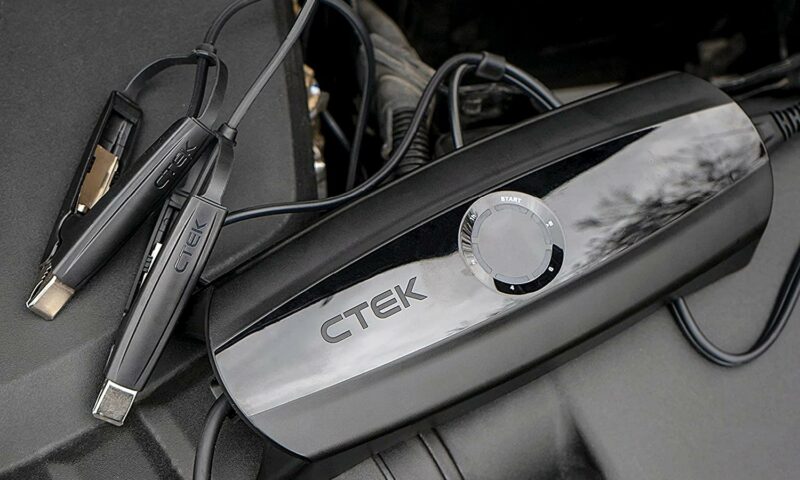 Tyres don’t like sitting. If they don’t move, the rubber can set into an unwanted shape, leaving flat spots. The best thing you can do is raise the car up if you can, stick it up on a set of axle stands. This will take the strain off not only the tyres, but also the suspension, which is no bad thing. Failing that, the only other thing you can do is move the car every once in a while. Just roll it in and out of the garage when you get the chance. This will help the tyres, and it will also stop you from piling a load of stuff on top of it over winter! Looking at you, box of Christmas decorations! 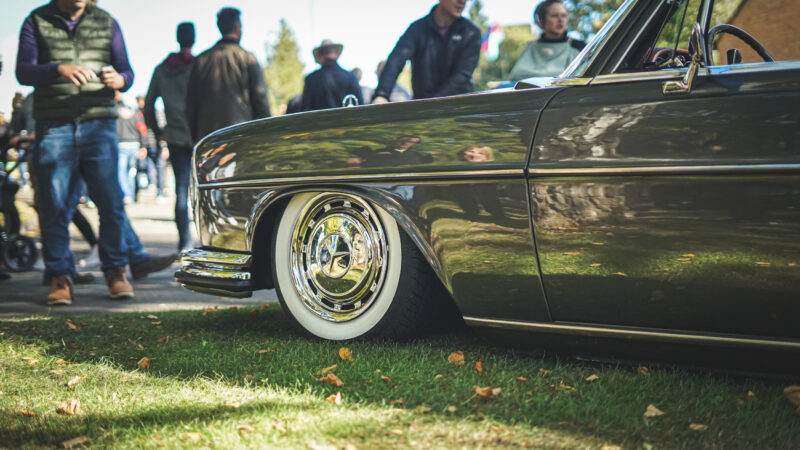 Your garage is a safe space. You know it, we know it. It’s why you’re storing your car in there. But while it’s safe, it’s not going to be an untouched tomb for six months. You’ll be in and out, you’ll need that ‘thing’ you lost, so on and so forth. Plus, there is the issue of dust to contend with. The good news is, indoor car covers are cheap to buy because the expectation is so much lower. They just need to keep dust off. Not weather. Buy one, chuck it over the car, and then the car is protected and it will be as clean and gleaming as when you put it away. Perfect. We recently bought this one for a car we have had to store. Soft lining, easy to use, but also durable. And a bargain, too. 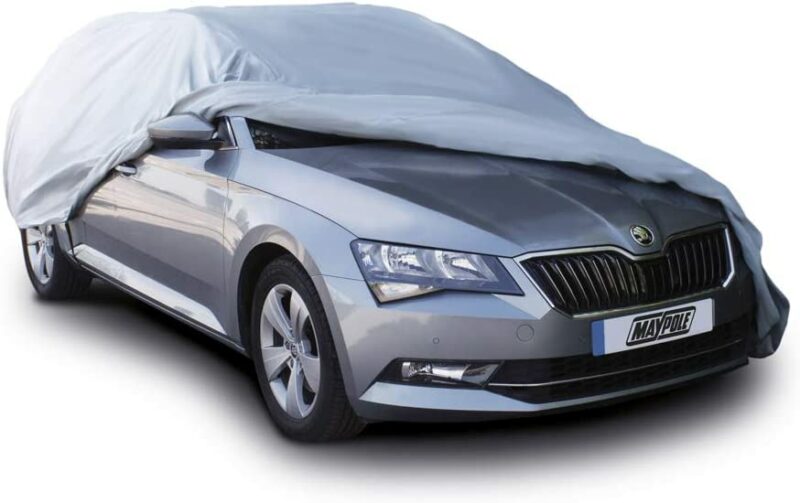 Finally, and somewhat counterintuitively, we have the final point, which is to start the car. Cars are machines; the coming together of tens of thousands of parts, gallons of fluids, electricity and more. They need to be used. So when there is a crisp, sunny, winter’s day, fire the old car up. If you can, roll it out of the garage and let it get up to temperature, run through all the buttons and lights and stuff, then pop it back. It will thank you. You don’t need to go mad; once a month should do it. Then, when the spring rolls around, it’ll be tip top and ready to go. Back on the road, where it belongs.