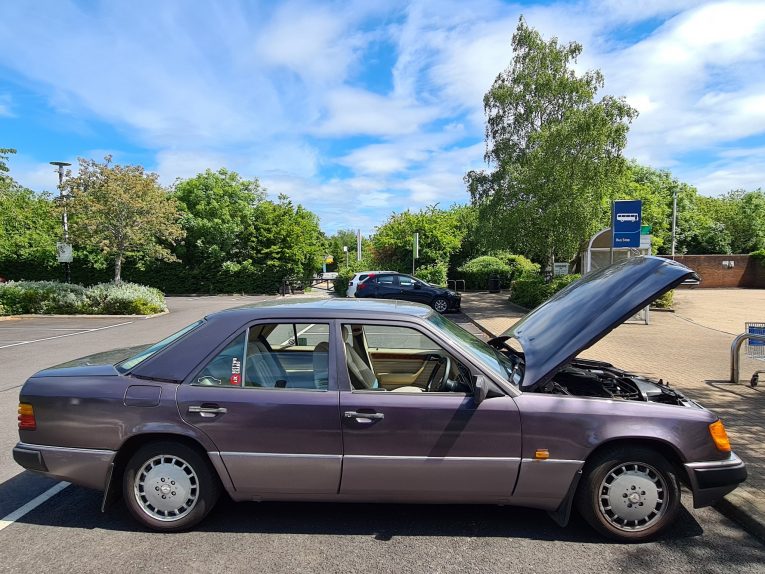 Yesterday, I was on the road, racking up the miles in the Mercedes-Benz W124 as I drove to and from Milton Keynes to photograph a car for Car & Classic. I love that old Mercedes. It’s not the most frugal of cars, given that it weighs as much as a small frigate and has only four cylinders, but I let the woeful MPG slide because for an old car, it drives well. It gets me where I want to be in a bubble of wonderful German refinement and it never lets me down. Apart from yesterday, when the oil cap of all things decided that sealing the oil in was an overrated exercise, so it stopped doing that. Oil everywhere, a lot of smoke, mild panic from me, fun.

As if the Mercedes failing wasn’t enough to kill my enthusiasm for cars, my Rover 800 also decided to spit its dummy out. By which I mean it broke a driveshaft. Yep, it came on boost and then ‘bang’. No drive, limp to the side of the road, game over. I’ve since taken it apart, and it has snapped the end off the shaft – never seen a failure like that before. So both of my old cars have let me down, but have I allowed my blood pressure to rise? Have I started Googling the phone numbers of local scrap yards? No, of course not. Much to the bafflement of my social media feeds, on which many people told me to throw the towel in, I’m just going to fix them. That’s how it works. That’s what is on the dotted line when you sign up for old cars.

And that seems to be something people miss. New cars are, by the virtue of being new, usually reliable. And when they’re not, that’s what you have warranty for. You tell the dealer, they make it all better. It’s not so cut and dry with an older car. There is effort involved. You have to work out the logistics of getting it to the garage, if indeed that’s the plan. You may be handy on the spanners, in which case you need to find the time to do the work. And then you have to actually do the work. Grease, hammers, dirt, swearing, the full shebang. It’s a bit of a headache when they go wrong, I’ll be the first to agree. But you cannot own an old car and then give up on it when it fails. It is a machine. A mass of metal, glass, wires and chemicals. It’s home to a profusion of parts and processes. Over the years, those parts are going to get tired, and from time to time they’re going to break. And here’s the thing to remember. They are allowed to break. They’ve earned it.

What we’re not allowed to do is throw our arms skyward and shout, as if this unfortunate turn of events has completely blindsided us. You have to be exceptionally naive to think an old car is going to work forever more if you just keep fuel in it and give it a wash every other Sunday. Old cars need care, attention and regular tinkering. Take my father’s 1955 Ford Thunderbird. Each year, a tortoise stuck in tarmac covers more distance, yet still, he is always tinkering with it. There is always something that needs doing. Most recently it was the radiator. Next week, who knows?

As for my cars, I’ve bought a new oil cap for the Mercedes, and when I find a spare five minutes I’ll have to clean the oil-covered engine bay. Again. And then I will drive it until the next thing breaks. Whatever that might be. Same with the Rover. I have a new driveshaft sat here, but as the car isn’t a daily driver I’m taking it as an opportunity to do other work, so it’s getting new steering rack ends, new track rod ends, some new drop links, a good clean up and lick of Hammerite. Then, when it works again, I’ll drive it until the next thing breaks. And then I’ll fix that. It’s part of it. It’s fine. Of course, don’t take this as me being all high and mighty and saying you should fix your cars. That’s very much down to you. I like getting filthy and fighting with the spanners, because I like learning how to do stuff. You might not, and that’s okay. Not everyone wants to do that, and next week, when I’ve got molly grease in my eyes and no skin on my knuckles, I’ll be on your side. But, I still won’t be annoyed at the car because it broke. It is the want of an old car, it’s what they do. They can’t help it.

What’s not okay is giving up on a car because something has broken. There is a line, of course. If the engine falls out, or the doors fall off, it could be time to put it out to pasture. But if it’s a basic mechanical malady, just fix it. It keeps an old car on the road. It keeps the all important classic car industry in business and it restores your faith in your old car. Plus, as you go forward, it’s one less thing that’s likely to break! 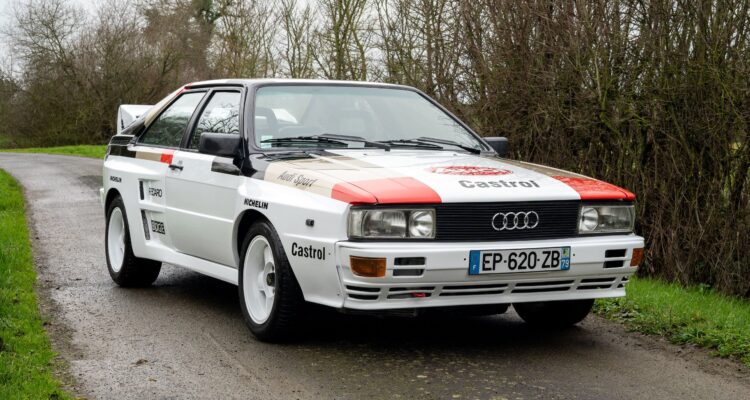