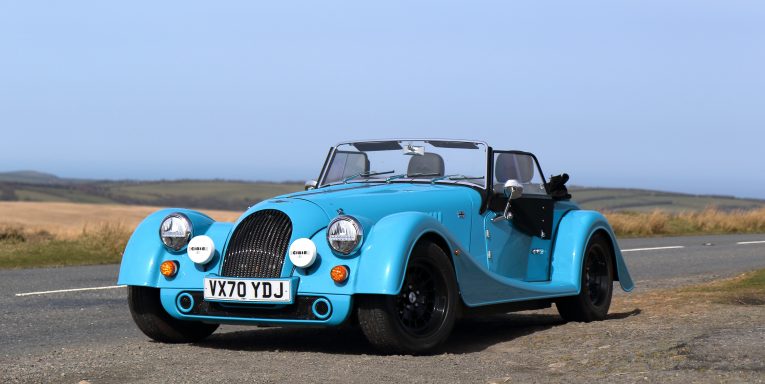 Take a moment to run your eyes over the new Morgan Plus Four. And then imagine being the person who had to pen this design. Sounds simple, doesn’t it? After all, if you squint a little bit, the silhouette of Morgan’s core models hasn’t really changed since the original 4/4 debuted in 1936. But as with the Ford Mustang or the Porsche 911, evolving an iconic shape brings its own challenges. Some 97 per cent of this car is new. Morgan describes it as the single biggest evolutionary shift in the Plus 4’s 70-odd year history (a point that’s signified by the subtle change in its name). Out goes the old steel ladder frame chassis and the live rear axle, replaced by a new bonded aluminium structure shared with the Plus Six, double wishbone suspension all-round and a new four-cylinder turbocharged engine from BMW.

All this could be a recipe for disaster for a brand that trades so heavily on its heritage. But predictably, it’s not. Morgan has become extremely adept – perhaps more so than any other car company – at balancing the old and the new. “There is a certain responsibility to maintain that continuity, but the challenges aren’t necessarily in the areas that you might expect” comments Morgan’s head of design, Jon Wells. “As soon as we have a job justifying something then we don’t force it. For instance, Morgan is known for using wood, aluminium and leather, but when we did our electric Three Wheeler concept we used a lot of carbon fibre. It’s about using the right materials and processes for the job, not being too precious about doing things a certain way just because we always have.”

Speaking of wood, it’s still here. In fact, there’s more ash in the coachbuilt body frame of the latest Plus Four than there was in its predecessor, and it’s still made in exactly the same way. Go to the Morgan factory and you’ll doubtlessly be shown the massive chunk of oak in the body shop that’s been used as a jig for the curve of the rear wheel arch since sometime in the 1950s (nobody’s exactly sure when). Such is the reverence reserved for this chunk of timber that when the company came to digitise its design process a few years ago, the engineers had the block 3D scanned to capture its exact curvature. Being handmade – and presumably marked out with a pencil and a piece of string – it’s not the perfectly consistent shape that you’d get from something designed on a computer. But it’s part of Morgan’s DNA.

The reasons for updating the running gear are somewhat more prosaic. Morgan sells cars all over the world and the state-of-the-art BMW engines (the 2-litre four-cylinder B48 in the Plus Four and the 3-litre B58 straight six in the Plus Six) are clean enough to meet the toughest regulations. They also tap into a wider collaboration with BMW that provides things like the gearbox and the differential. On the Plus Four, this includes the option of a six-speed manual alongside the 8-speed ZF auto that’s used on the Plus Six. Ironically, while it was the Plus Six that was revealed first, it was the Plus Four that the team focused on during the design, Wells explains: “Being a small, lightweight sports car is one of Morgan’s USPs as everything else seems to grow around us. So we started with the Plus Four, and one of the rules we laid down was that it had to stick to the old model’s footprint.”

The end result is a car that’s appreciably narrower than the Plus Six – and, at least to these eyes, better looking. While there’s a hint of hot rod to its bigger brother, the Plus Four captures the delicacy of a pre-war design. It’s also usefully lighter (by 66kg according to the official figures) and a substantial £20,000 cheaper. So does that mean the Plus Four is the best modern Morgan?

The Plus Four’s feast for the senses begins before you even get in. Not only are the proportions spot on, but it’s dotted with gorgeous details like the knurled aluminium bonnet catches and the chrome door mirrors. It’s much the same inside. The dashboard layout is clean and simple, with an art deco design on the analogue instruments. There is also a small digital display, but it’s so neatly integrated that you’d struggle to tell it was there. And that just about sums up Morgan’s approach to technology. There is a Bluetooth stereo on this car, along with such luxuries as heated seats, air conditioning and a heated windscreen, but at a glance it could almost pass for a 1930s roadster. You sit low too, in a way that few modern sports cars with their five-star Euro NCAP ratings and 12-way adjustable massage seats seem to achieve. The view out is equally evocative, with a long louvred bonnet framed by a chrome windscreen surround.

A push-button starter brings the four-cylinder turbo to life. There’s a deep burble to the exhaust note, which combined with the muscular power delivery and the highly addictive pops and bangs on overrun, gives it the feel of a classic British sports car. There are all manner of whooshes and chuffs from the turbocharger that should shatter this illusion, but somehow they just add to the experience. In real-world conditions, it’s hard to imagine anyone wanting a great deal more performance than the Plus Four has to offer. Weighing in at fractionally over a tonne and with 255 bhp at its disposal (and perhaps more importantly 258 lb ft spread over a vast plateau all the way from 1,000 to 5,000 rpm) it’s deceptively potent. Nought to 62mph takes 4.8 seconds in the auto and 5.2 seconds in the manual.

Driving the Plus Four is an exhilarating experience – particularly with the sidescreens removed, when there’s very little between you and whatever air, bugs or greenery happen to be rushing past at the time. But there’s more to it than just nostalgia and straight-line speed. The new aluminium structure feels palpably rigid and there’s a real sense of balance, with all four wheels digging into the tarmac.

The steering also feels more natural than that of the Plus Six, although it still seems a touch odd at first, with a darty initial response that could do with a bit more self-centring and some proper feedback. You soon get used to it, though, and it doesn’t really detract from the experience, especially seems you’re sitting virtually over the rear axle, so you feel every little movement through the chassis. And there’s certainly movement to be had. The Plus Four is reasonably well-planted, but you can adjust its attitude subtly with the throttle or deliberately provoke it and exit corners with a tweak of opposite lock. It’s a more manageable level of power than the Plus Six, but still lively enough to entertain. The overall result is something that falls halfway between the rose-tinted experience of a classic roadster and the raw, lightweight feel of a Caterham.

It’s not without its faults. Luggage space is confined to a small parcel shelf, the stereo is muddy and easily drowned out by the wind noise, and there is nowhere at all to rest your left foot while it’s not on the clutch (it’s the main reason I can see for going for the two-pedal auto option, although doing so would mean missing out on a deliciously satisfying manual shift).

I also kept banging my knee on the transmission tunnel, and the beautifully upholstered bucket seats offer so little lateral support to someone of average build that you slide around inside them like a pinball. Plus, the hood – although elegantly trimmed and quite effective at keeping the elements out – takes a degree in engineering and the patience of a saint to operate.

Morgan is planning to address most of these points in a forthcoming update, but do any of them really matter? Absolutely not, because the Plus Four has a sense of occasion that’s unmatched by just about any other modern sports car.

Perhaps the most striking thing is just how authentic it feels. Allow me to explain. Most modern cars built to a retro template have an element of pastiche about them. All too often they feel like one of those mock Tudor houses you used to see in the more expensive parts of suburbia. But the Morgan is the real deal, helped no doubt by the fact it has a direct lineage stretching back to the original 4/4.

Replicas and continuation models aside, no other modern car strikes quite such an appealing balance between traditional feel and modern convenience. Even the performance level – exhilarating but still exploitable on the roads – seems to hit a very carefully considered sweet spot. Admittedly, the Plus Four doesn’t come cheap at a starting price of £64,995. But factor in an almost total absence of depreciation, added to the thrill of choosing from a vast range of personalisation options and then watching your car being hand built, and you have something that’s unique at this price point. Creating a successor to the iconic Plus 4 – the most successful model in Morgan’s 111-year history – was no doubt a tall order. But it’s something the brand has carried off with aplomb. It’s undoubtedly the best model in the current Morgan range, and proof that the company’s heritage is in safe hands. 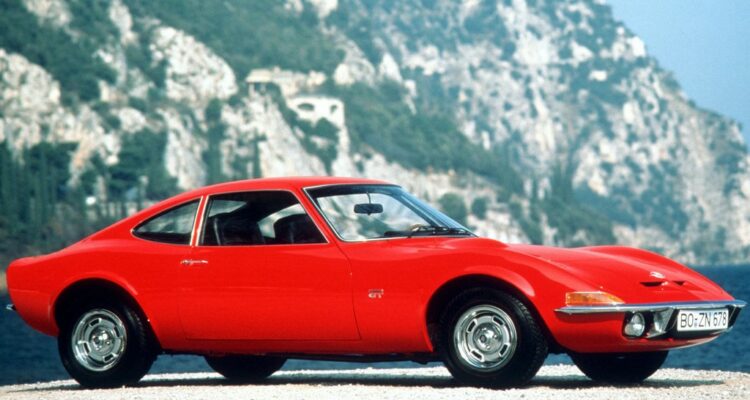 The Opel GT may not be your first port of call when reminiscing about sporty numbers from the 1960s but it certainly deserves recognition.