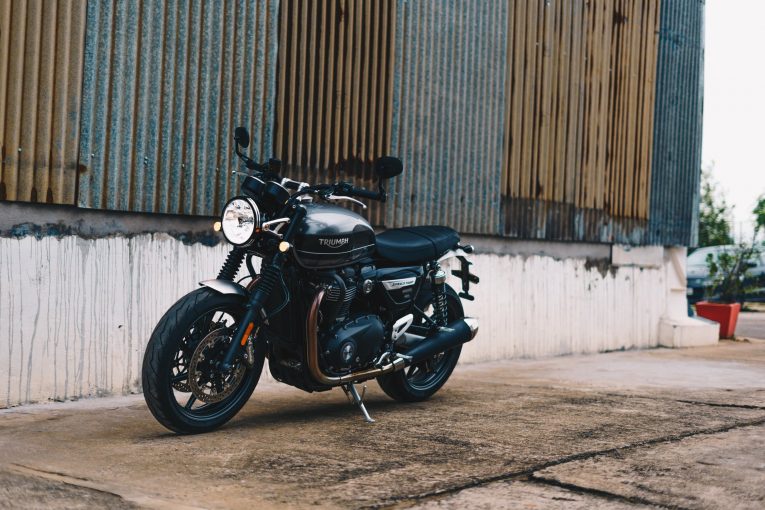 The world of classic and specialist motorcycles is just as, if not more varied than that of cars. There are myriad makes, models and of course, engines. But what’s what? What do these different engines offer, and what are the negatives of each engine? We’ve waded into the world of motorcycle engines to find out, once and for all.

The simplest engine of all, a single-cylinder internal combustion motor. Without going into two and four-stroke design (the majority are four-stroke nowadays), a single cylinder engine offers a low cost to manufacturers who major on the ‘value’ element of their proposition, as well as ones who want to appeal to the smaller end of the market. Their low-revving and torquey nature tends to make them good for both inexpensive learners, for example but also, off-road bikes where that slug of low and mid-range torque with an easy delivery is useful when the grip levels may be low. One downside of a single though is vibrations – that single cylinder relentlessly pounding up and down can set up all sorts of vibrations to numb the hands, the feet and the bum. Reasonably heavy flywheels tend to be needed to try to minimise these and this in itself can affect the engine’s response.

A pair of cylinders takes things on one step further. While taking up a little more room than a single, the addition of another cylinder adds performance and flexibility while helping to balance the first, potentially reducing vibrations and widening the range of power and torque.

However, to keep things interesting, there are several orientations of a twin-cylinder engine, each with its own characteristics… Think two cylinders side by side – half a traditional inline four-cylinder motor. These tend to be higher revving than their single-cylinder counterpart and can typically be found in smaller sporty bikes, thanks to this and the fact that they are responsive and compact. Being inline, there is a limit to how large the cylinders can be – too large and they make the engine ungainly. However, they provide a tractable and useable engine that’s both easy to ride and fun if you want.

As you’d imagine, two cylinders arranged in a V formation. Just like a large V-engine in a big, old yank car, a V-twin is typically slower revving than a comparable parallel twin but is much torquier, giving masses of roll-on grunt as soon as the throttle is opened. It will probably run out of puff before the inline twin but that’s not what it’s about – pulling power in any gear at any speed. Capacity can be anywhere from 600cc up to 1400cc in big Yank cruisers and the majority of V-twins are front-to-back, i.e. one cylinder in front of the other. However, Moto Guzzi does like to do things differently and it uses a cross-bike V-twin, with the cylinders side by side.

Pretty much exclusively the domain of BMW motorcycles, the flat twin or boxer engine, is a two-cylinder version of the basic design found in the Porsche 911 family and of course, the ubiquitous VW Beetles and campers. Two cylinders arranged horizontally opposite each other fire in and out. This results in a very low engine that can easily handle large capacity, as this won’t increase the overall size of the engine much. It’s another relatively lazy but very torquey engine that sits low in the bike, helping with handling and to a degree, packaging. However, it does make the engine wide which can have implications for handling and cause heat issues with the rider’s feet, for example. An inline three-cylinder engine, or a triple, adds to a parallel twin by having another cylinder to increase capacity and hence, performance but without increasing the overall size and mass of the engine disproportionately. Obviously, another cylinder makes the engine larger but this is barely noticeable and the resulting power delivery is generally somewhere between a torquey twin and a full-on sportsbike four-pot. Triples are inherently revvy rather too, making them well suited to a wide range of motorcycles, from naked hooligan machines to sporty tourers. The keyword here is sporty – ultimately, they want to rev. The inline four-cylinder is typically found in litre sports or superbikes. With a capacity of around 1000cc or more (with some exceptions, of course), the use of four small pistons means these like to rev. If you’ve heard any sportsbike lovers out late at night away from a city, you’ll have heard the four-pot howl as they climb the rev counter, shifting at anywhere from 9000 to 11000rpm. These are well balanced, powerful (thanks to that high-revving nature) and rewarding if you like to wring an engine’s neck.

– Needs to be revved, width

Essentially a pair of V-twin engines side by side, V4s tend to be complex beasts and as a result, are typically found in exotica, such as Ducati’s Panigale superbike. They are smooth, powerful yet with plenty of mid-range urge and sound amazing. Electric motorcycles are in their infancy but, like cars, the technology is advancing at a huge rate. Several manufacturers are producing electric bikes but American maker, Zero, is widely accepted to be at the forefront. Its SR/F (naked) and SR/S (sports tourer) model uses a 12.6kWh battery and a 140lb·ft motor to generate staggering performance with a range of up to 200 miles from a charge. Prices are high but will, no doubt, come down as the tech improves over time.

In the real world

In the last year, I’ve been lucky enough to have spent time riding a BMW R1250R roadster with the latest version of the German marque’s flat twin and a Yamaha FJR1300, using an inline four-cylinder motor. While on paper, the numbers are similar, but on the road, they are very different. BMW quotes a maximum power of 100kW/134bhp at 7750rpm and 105lb·ft torque at 6250 from the 1254cc flat twin. Yamaha, on the other hand, quotes 107.5kW/144bhp at 8000rpm and 102lb·ft at 7000rpm from the 1298 inline four-cylinder engine. The BMW twin uses a 102.5mm bore and a 76mm stroke; the Yamaha a 79mm bore and 66.2mm stroke. Clearly, the BMW has much larger pistons and this translates directly into low and mid-range torque on the road. The engine makes the R – as well as the faired RS, the touring RT and the adventure GS models all using the same base engine – very easy to ride. Throttle response is exceptional, with huge waves of torque available at any engine speed and in any gear. However, that’s not to say that it isn’t fun and exciting – hang on to gears a bit longer and the engine note begins to howl and the linear power delivery just keeps pushing you forward until the 9000rpm redline. The Yamaha, on the other hand, is a typical four-pot, albeit with almost identical capacity and numbers on paper. In the low to mid-range, the engine is capable but you need to hang on to gears to get moving. In fact, you’ll become far more familiar with the Yamaha’s gearbox operation than that of the BMW, which you can leave in gear and just use the throttle. However, unlike the BMW, the Yamaha’s power delivery gets more frantic the longer you hang on to the gears, giving it a very sporty nature that belies its huge weight.

Two similar bikes on paper but very different on the road. For me, I’ll take the BMW flat-twin every day – I’m a sucker for torque.