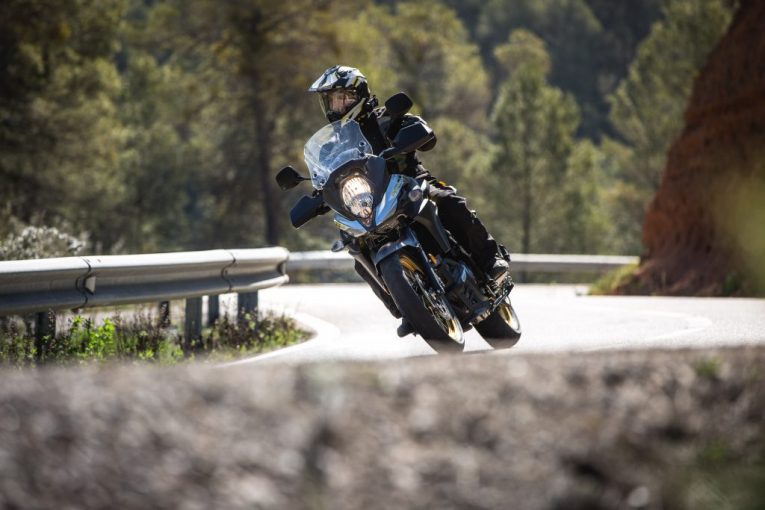 There are many differences between car drivers and motorcyclists. Some are obvious – a desire for experiencing the environment itself rather than being insulated from it; the challenge of using a different set of mechanical skills; the sensory differences between the two forms of machine.

However, there are lots of far less obvious differences that car drivers who have never ridden a bike wouldn’t understand. So here are the top ten…

1) Ride Miles For a Bacon Roll While there are plenty of car drivers who would drive miles for a burger, a fry-up or even a plain old bacon buttie, any motorcyclist worth his (enormous overdose of) salt will plan a leisure ride around a café, either as a start, mid or end-point. Or more than likely, all three. It’s not that going for a ride in itself isn’t enough of a reason to get kitted up, it’s just that after a while, the instinct to feed kicks in. Add to that the instinct for good company and it’s not long before you have a group of bikes parked in front of a decent café or chippie on most Saturday or Sunday mornings. If a cafe has decent parking nearby but no bikes or bikers in attendance, you can bet they either don’t like bikers or their bacon butties aren’t up to scratch.

There’s little more disheartening when you’re driving along in your car than being confronted with a road blocked by stationary traffic. It doesn’t matter whether you’re on a motorway, dual carriageway or a rural road – the heart sinks and the hand instinctively reaches for the phone or sat nav to work out what’s up, how long you’re likely to be sat there and whether there is an alternative route. If you’re on a bike though, it’s usually little more than an inconvenience. Unless you’re in a section of roadworks with narrow lanes, you can generally ‘filter’, which means carry on moving between the stationary traffic albeit at a reduced pace. The Highway Code is a bit grey on the legality of filtering but generally, as long as you’re not bouncing off the rev or the speed limit, most people won’t mind. Sure, some car or van drivers will swerve to try to block you (seriously) but generally, most drivers will keep an eye out and give you room wherever possible. That way, you can get to the front of the stationary traffic and hopefully, slot back in to any moving lanes and pass the obstruction while the rows of stationary cars are still behind you.

Most motorcyclists treat their bikes the same way any classic car aficionado does. But that’s not just owners of classic bikes. Most (but not all, of course), will clean their bike at least weekly – some will do it after every ride. After all, there are far more surfaces for salt, mud, crud and general dirt to hide away in and begin their destruction on a bike than a car. This also stretches to routine essential maintenance – not just tyre pressures, for example but chain condition and tension are an essential weekly check. Corrosion preventers, such as XCP Rust Blocker or ACF-50 will keep fasteners fresh and fur-free year round, particularly through the winter for the more hardcore riders.

4) Be a Better Car Driver

Without doubt, riding a bike makes you a better car driver. The increased vulnerability of riding a bike makes you far more aware of potential hazards on the road. That rainbow road surface on the roundabout outside the fuel station – diesel skating rink. That Audi saloon dropping out of hyperspace in the inside lane behind the sedate Corsa – going to pull out into the outside lane you’re in without looking in the mirror (or signalling, obviously). That BMW that’s accelerating to lightspeed away from a roundabout – virtually touches you as you pull in to allow him past. The road captain sitting at 69.7mph resolutely in the outside lane for 12 miles – he’s just waiting for you to try to pass on the inside before finally returning to the lane he’s supposed to be in to cut you off. Potholes and surface damage that your average Mondeo would float over – gaping chasms of doom if you hit them with a tyre that’s little more than the width of your hand. It doesn’t happen all that often, but every now and then, you pull up next to a car with some kids in it and they look out in wonder at this shiny, noisy machine you’re sitting on. Occasionally, they’ll rotate their wrist in a ‘go on, mister’ invitation to show them what it sounds like. You’ll oblige – of course you will – before slipping the clutch out and riding off like the Terminator in search of your prey. Except I’d probably stall it and look more like Frank Spencer on his step-through taking his test. It’s the thought that counts.

Not a euphemism. Several of the very largest – and heaviest – motorcycles get a reverse gear to help their planetary bulk moving backwards. The Honda GL1800 Gold Wing, for example, stands at 383kg with no luggage on board. With some gear and two-up, that easily tops half a tonne and that’s a hefty weight to keep upright at the lights, let alone move backwards if you need to. That reverse gear may only be the equivalent of putting it in gear and cranking the starter but it’s still the only way to get the thing to go backwards. For most other bikes, it’s a simple case of getting gravity on your side and making sure that if you need to go backwards, you get a bit of help by leaving the bike facing uphill. It doesn’t take long for the life saver (aka shoulder check) to become second nature if you ride a bike. On a motorcycle, you do it constantly, just to make sure that nothing has sneaked up on you out of sight of your mirrors. It shouldn’t have but as the name suggests, it can be a life saver. Some drivers use it when pulling out to overtake (I do) and back in again but if you see a driver doing it every time, chances are they do or have ridden a bike. I also find myself doing it when I change direction when I’m out on my mountain bike (whether I’m on the road or not) as well as driving the quad bike I use around the farm I live on. Even when moving on the pavement to make sure I’m 6ft away from the people coming towards me (seriously – it’s becomes second nature). Riding a bike is exhilarating, it’s liberating, it’s therapeutic. In fact, many riders cite the enormous positive effect it has on their mental health. The sense of freedom that it brings can have a huge effect, even if it’s only a short ride on a small bike. Bigger rides on bigger bikes can have the same effect, though. Young rider Henry Crew, who a couple of years ago found his way into the record books as the youngest rider to circumnavigate the globe on a bike, undertook his challenge and raised money for Movember to boot. Henry had suffered from depression in the past and found motorcycling a cathartic and healing experience.

OK, maybe it’s not actually good but it’s less bad than many other forms of transport. A motorcycle will generally spend less time sitting in traffic idling than a car, for example, on a crowded urban journey. As a result, it will be pumping less pollutants into the atmosphere for a given journey. The Yamaha Tracer 700, for example – a cracking multi-purpose sports tourer – is quoted at 66mpg and 100g/km of CO2 while the company’s YS125 commuter hits a heady 141mpg with just 46g/km of CO2. Short of a push-bike, I can’t think of a cleaner way to travel. You may not have noticed the fact that motorcyclists – almost irrespective of what they are riding, will nod at each other as they pass. £30 open-face helmet from Halfords on a 125cc twist-and-go and an £18k adventure tourer loaded with more tech than SpaceX; if they’re on two wheels, they will nod to each other. The nod is indicative of the community feeling that exists within motorcycling. Like-minded people gravitate towards each other and motorcyclists are no different. They will think nothing of stopping at the side of the road for another biker for a couple of hours while they wait to be recovered after a puncture. They will somehow find themselves talking about bikes at a party when they have never met before. It’s an inbuilt radar…