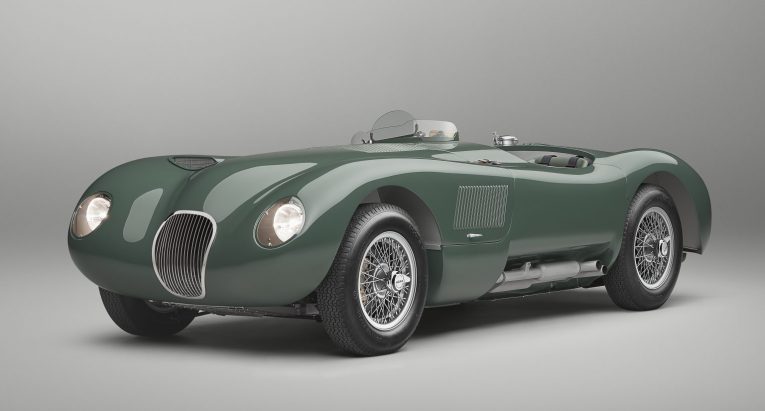 Jaguar Classic announced earlier this year that it would build another model from its back catalogue, this time the curvaceous C-Type and here it is, 70 years after the first chapter of the C-Type story was written. Not only has it built what it calls car zero, the prototype if you like, but we’ve taken a look at it and chatted with some of the team involved in building it. It’s another of those continuation model things, which means that even if you spend up to £2-million on one (Jaguar won’t give us the exact price), you can’t legally drive it on a public road. That’s fine if, like some owners of other continuation models, you happen to have your own private roads, or a race track. A race track would be handy because the up to 16 models that will be built are all to the famous 1953 competition specification, the same as the car that won the Le Mans 24 Hours in that year as part of a historic 1-2 finish that build engineer Dave Moore says changed everything for Jaguar. That’s mainly because a win at Le Mans grabbed the attention of the Americans, who weren’t buying into the XK120 as much as the British marque would have liked. The C-Type started life being called an XK120 though, specifically the XK120C, but come on, it looks nothing like it and while there are various stories as to how it got its name, we’re very pleased that the C-Type was born. There are many cars that can be described as a piece of automotive art and the C-Type is definitely one of them.

You might have the romantic notion that its gorgeous looks were created by a pencil flowing across the page in the hand of Jaguar designer Malcolm Sayer, but you’d be surprised. Sayer joined Jaguar from the Bristol Aircraft Company in 1950 and after being part of the team that persuaded Jag boss Sir William Lyons that the car needed to be made, he got to work designing it, using mathematical equations. No pretty sketches here, at least not initially. As an aerodynamicist, Sayer who also went on to design the E-Type, used formulae and clever numbers to calculate his design and create the slipperiest of shapes in order to give the car the edge in a race. This made things easier for the team creating the continuation version though. Moore told us that they were able to take the XYZ formulae that Sayer used and plot data points in a computer aided design program to create an image. It’s the first time that the team at Jaguar Classic have created a complete 3D visualisation of the original car. It all sounds a bit clinical for such a beautiful piece of automotive history, but it just goes to show how important studying math at school is kids.

Fortunately, the team also has some other things at their disposal, including the original technical drawings, leant to them by the Jaguar Heritage Trust and a very useful book. Not just any book, but the original engineering ledger containing details of over 2,000 parts.

Each car will take 1000 hours to build and here’s another thing, there are two parts that are genuine original components. We don’t mean to original spec, but actual original parts. These are the fuse box cover and the rear-view mirror. That must have taken some serious searching, you don’t just find those on eBay.

Dave Foster, head of engineering at Jaguar Classic says they also had access to a number of people who worked on the original car, not least of which was the late Norman Dewis, famous Jaguar test driver. Sadly, he passed away early in the project which has taken over two and a half years. Foster and his colleagues also managed to find a number of original suppliers as well as companies and craftspeople who understood the techniques used to create components for the first cars back in the 1950s. Those cars were only designed and engineered to last one race though, the continuation models are engineered to last a little longer.

To achieve this, the aluminium body panels are 1.5mm thick, rather than the 1.2mm of the original. Or rather they will be on customer cars, the prototype has 1.2mm panels, which is why we were told to be very careful getting into it. Doing so also means stepping over a very big sill containing a spare set of spark plugs. These were installed back in the day because the plugs would sometimes burn out on the race grid, so needed to be easily to hand if they needed to be changed. It is touches like this that not only make for fascinating conversation, but also ensure the car meets the FIA historic racing regulations, which means owners can take their C-Type racing at events like the Le Mans Classic. There are a few changes of course, many relating to safety. The fuel tank has been upgraded and there’s a false rear bulkhead to attach the roll hoop and seat belt harnesses to. The ignition has been enhanced and there’s an isolator switch and fire extinguisher.

The brakes have also been upgraded, which is interesting because the C-Type was the first car in the world to use disc brakes. Engineers discovered at the time that Dunlop was working on a disc brake system for aircraft and asked if it could be adapted for the car. Dunlop obliged and the C-Type arrived at Le Mans in 1951 with these new-fangled brakes that had technical scrutineers and other competitors scratching their heads. No doubt there were some heated conversations, but in the end the brakes were allowed and contributed to giving the C-Type an edge that saw Peter Walker and Peter Whitehead win Le Mans on the C-Type’s first attempt. Amazingly, this was just six months after the green light was given for its production. Jag went back in 1952, eager to replicate this success but things didn’t go so well. Changes had been made and the cars overheated so everyone went home. For 1953 they reversed the changes and what do you know, they won again. Actually, they finished in first and second overall and recorded an average race speed of over 100mph for the first time. Our man, Mark Smyth, tries on the C Type for size while chatting to Dave Moore (left) and Dave Foster (right)

Jaguar was well and truly on the map and the C-Type had earned its place in the history books. In the end 53 were built, 43 of which were for private owners with most of the others being works race entries. Over the years there have been many replicas of course, some more meticulous creations than others and Jaguar’s decision to take legal action against some enthusiast builders is a discussion for another day.

Whether you are a fan of continuation models or not, the latest model from Jaguar Classic not only continues the story of the famous C-Type, it adds an epilogue that is as fascinating as the original tale. 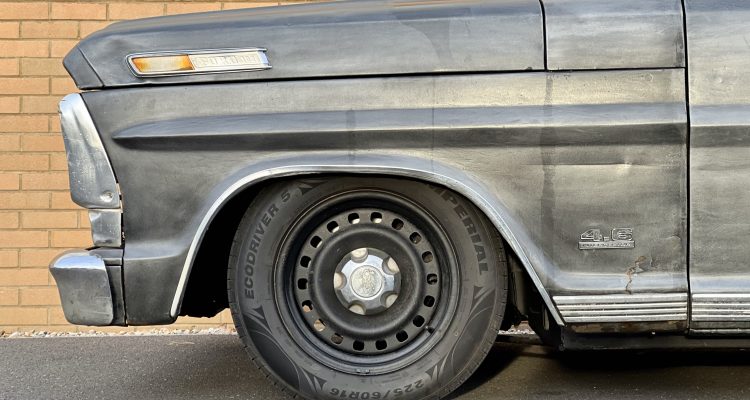