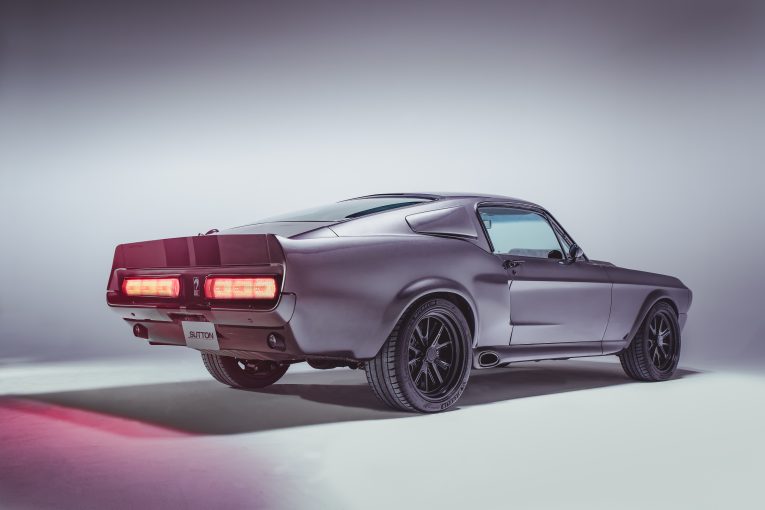 The restomod scene is alive, well and vibrant. There is big money in the world or restoring classics with a modern twist. You know the kind of thing; keep the lines and the style, but incorporate modern electrics, engines and design ideas to bring said classic bang up to date. Admittedly, it’s not for everyone, but that’s fine. What matters is that there is a booming industry based around it. Any industry based around any classic car is a good thing. The Singer range is perhaps the perfect example of restomod style

Economics aside, there is also the artistic expression. We love seeing what these artisan companies can do with an old design. The only problem, to our mind at least, is that it seems to be the same cars that are subject to these works. Old Porsches, Mustangs as above and Range Rovers. But why just them? There is a vast, varied and exciting world of classic cars out there, and some of them would be absolutely astonishing if subjected to the restomod treatment. It’s with that in mind that we’ve plucked five of our favourite candidates for a restomod makeover. Some modern flare in these classic shapes would make for very exciting machines indeed. When the Rover P6 was launched in 1963, it was already a car of the future. Rover had only recently found its taste for flair, thanks in no small part to the P5B. However, the P6 was leaps and bounds ahead. It was a sharp, angular, mean looking sucker that rode like a magic carpet and, in V8 guise, had some serious muscle. The looks were wildly futuristic for 1960s Britain, and as such, we flocked to it. We all wanted a slice of this brilliant car.

The P6 is the perfect car for the restomod treatment because it still looks clean and fresh today. It’s an old car, make no mistake, but it still cuts a dash. It still works in our modern surroundings. Other cars from the ‘60s are rolling anachronisms, but the P6 is not. A restomod P6 won’t look like an old car dolled up. It’ll look modern. Tesla Model 3 could give up its silky smooth electric powertain The Mustang is often on the receiving end of restomod treatment, but what about the Ford Capri? It was, after all, the European Mustang. Or so Ford would have us believe. Plus, there is such a strong case for the Capri to be built this way. We can walk into a Ford dealership and buy a new Mustang. It’s a big, two-door car with a big engine and rear wheel-drive. That’s what the Capri is!

The Capri was a car we all wanted back in the day, and then it fell from favour in the ‘90s, when it was seen as a bit cheap and uncool, especially compared to hot hatches that were winning hearts at the time. But now it’s back in favour, with prices getting well into five figures. But five figures for old technology? No thanks, we’d much rather have the classic looks of a Capri, but with some more modern underpinnings. We’re going to need a Capri, a Mustang and a grinder…

The Mustang’s 2.3 Ecoboost engine would be more than enough for a Capri

We adore the Riley series of cars, but the Riley RM has to be the pick of the bunch. Long, flowing lines with perfect proportions, it’s a stately but elegant looking machine that just begs to be brought into the 21st century. And thanks to enthusiast owners, a lot of the research and legwork has been done, with BMW engines being a known possibility over the 2.5 Riley engine originally fitted.

The problem, if you will, with cars of this vintage is that they can be a bit of a handful to drive. It’s a very different experience to that of driving a car from the ‘70s or ‘80s, let alone a modern car. If there was a way to give the Riley some modern underpinnings with the associated ease of use, you would have a wonderful machine on your hands. There are some classic cars that are just timeless, and the Mercedes-Benz W123 is one of them. On paper, it shouldn’t be so charming. It is, after all, nothing more than a traditional three-box saloon. However, there is something utterly beguiling about it. Something effortlessly cool, if you will. A W123 would look at home outside a trendy London bar, just as much as it would outside a chocolate box cottage in the Cotswolds. Not many cars can do that.

The W123 is also a car with incredible build quality, to such an extent that you honestly could use one as your everyday transport in 2020. A formidable engineering achievement, the W123 while brilliant, is perhaps one of the most fitting candidates for the restomod treatment.